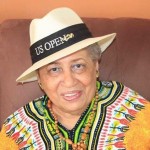 Plant a tree in memory of Shirley

It was May 28, 1931 when I arrived on the planet. Awaiting this arrival were father John and mother Vera Banks. I announced in infant speech, “Hey world, here I am!”
Fast forward to 1939 when I was placed in the home of Rev. Al Norman and Janice Johnson. They gave me love and caring that was my rock forever. After graduating from A.T. Wright High School (Whitestone VA, 1946)
I attended Virginia Union University for two years. Returning to Philadelphia, and briefly in Atlantic City, NJ., I was employed in different jobs. I entered the Federal Government in 1954 as a Data Systems Operator for twenty eight years.
My greatest accomplishment in life was becoming a mother and raising three loving children. The Creator blessed me with three marvelous children; Douglas Earl, Angela and Charles Alan. They’ve become wonderful and caring adults.
Later in life I decided to return to school. I received an Associates Degree from Community College of Philadelphia and a Bachelors then Masters degrees from Antioch University. After retiring from the government, I became employed by the School District of Philadelphia as a School Community Coordinator then guidance counselor. Staying active with the Philadelphia Federation of Teachers union. My spiritual and church affiliations include St. Francis De Sales Catholic church and Zion Baptist church.
Early in life I became a jazz enthusiast and remained so til my end. I was also an avid sports enthusiast, which filled my days, nights as well as many, many Sunday afternoons! I also love the theatre and travel.
I leave to continue to love me; my children Douglas, Angela and Charles. Grandchildren; Marques (Paige), Christian (Katorah); Brother, David Kenneth (Tina); nieces, nephews, cousins and friends. And my soulmate Jim Harrison.

To plant a tree in memory of Shirley Goods, please visit our Tribute Store.

To plant a tree in memory of Shirley Goods, please visit our Tribute Store.

Preserve the memories and special thoughts shared
by friends and loved ones with a Memory Book.

100% SATISFACTION GUARANTEE. Our Staff is courteous and sympathetic... Our facilities are comfortable and spotless... Our Services are handled with dignity and respect.